One of the great joys of being a tennis spectator is the Grand Slams. Each slam has a unique personality and every year they are many great individual stories. It is like having four Super Bowls every year.

Federer won his first Grand Slam at Wimbledon in 2003. That was eons ago! In 2003, George Bush had been president for two years, Saddam Hussien was captured, Lance Armstrong won his fifth Tour de France. Camera phones were introduced in 2003 and cargo pants were the rage.

At the time, expectations for Federer were low because he was an up-and-coming player. Six months later, he won his first Australian Open. Fourteen years later, Federer is still dominating. His victory over Cilic was his sixth Australian Open championship.

The 2018 Men’s Australian Open saw another lackluster performance by the American men. The top American performances were by unseeded players Ryan Harrison, who went 2-1, and Tennys Sandgren who was 4-1. Harrison lost to #6 seed Marin Cilic. Sandgren lost in the quarters to Chung, an unseeded player from Korea. Unfortunately, Sandgren’s playing accomplishments were overshadowed by comments he had previously made on social media.

Hoping for a stronger performance from the younger players in the French Open starting May 27th. 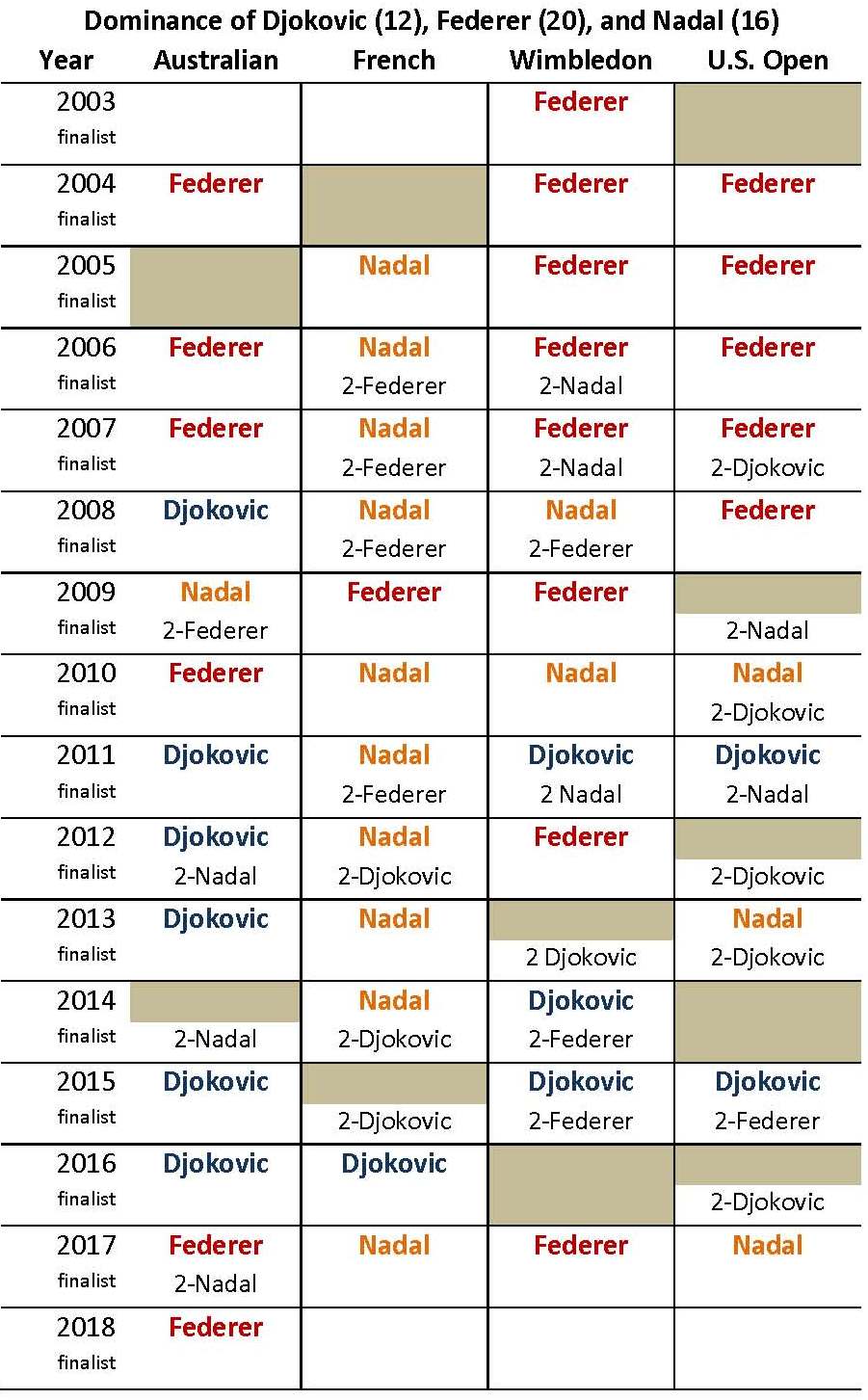