Retro tennis is still the rage in 2017, thanks to Rafael Nadal. By all standards his performance at the 2017 Men’s French Open was a “10”.

• The highest score in Olympic competition is a “10”. If the Men’s French Open was an Olympic event, Nadal would have been given a “10”. He did not lose a set and only lost 35 games in 7 matches. He lost 6 games in the final against Stan Wawrinka, a match that lasted 2 hours and 5 minutes.

• In the movie “10”, George Webber (played by Dudley Moore) fantasized about meeting the perfect woman, Jenny Miles (played by Bo Derek). When Webber finally met her, he quickly learned she was a phony. Her looks did not tell the full story; she was not a “10”. Even Webber could quickly recognize that Nadal was a “10” for his record at the French Open. Nadal has 79 wins and only 2 losses.
Prior to his 2017 victory, Nadal captured his first 9 championships between 2005 and 2014.

No matter how you look at it, Rafael Nadal is a”10″ for his record at the French Open.

Even better, Nadal kept retro tennis alive! Hopefully the stars of the past will continue to dominate at Wimbledon next month. 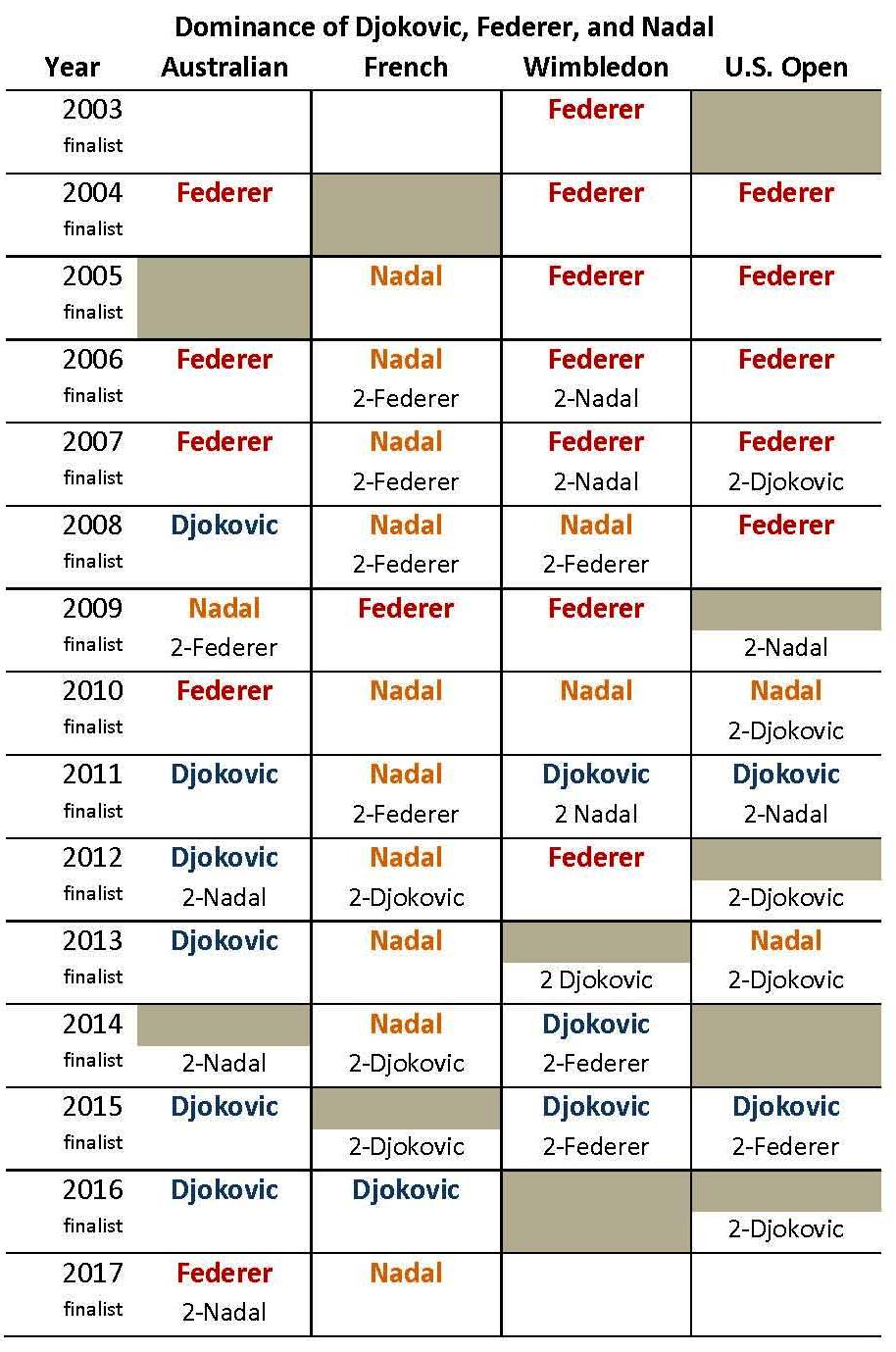